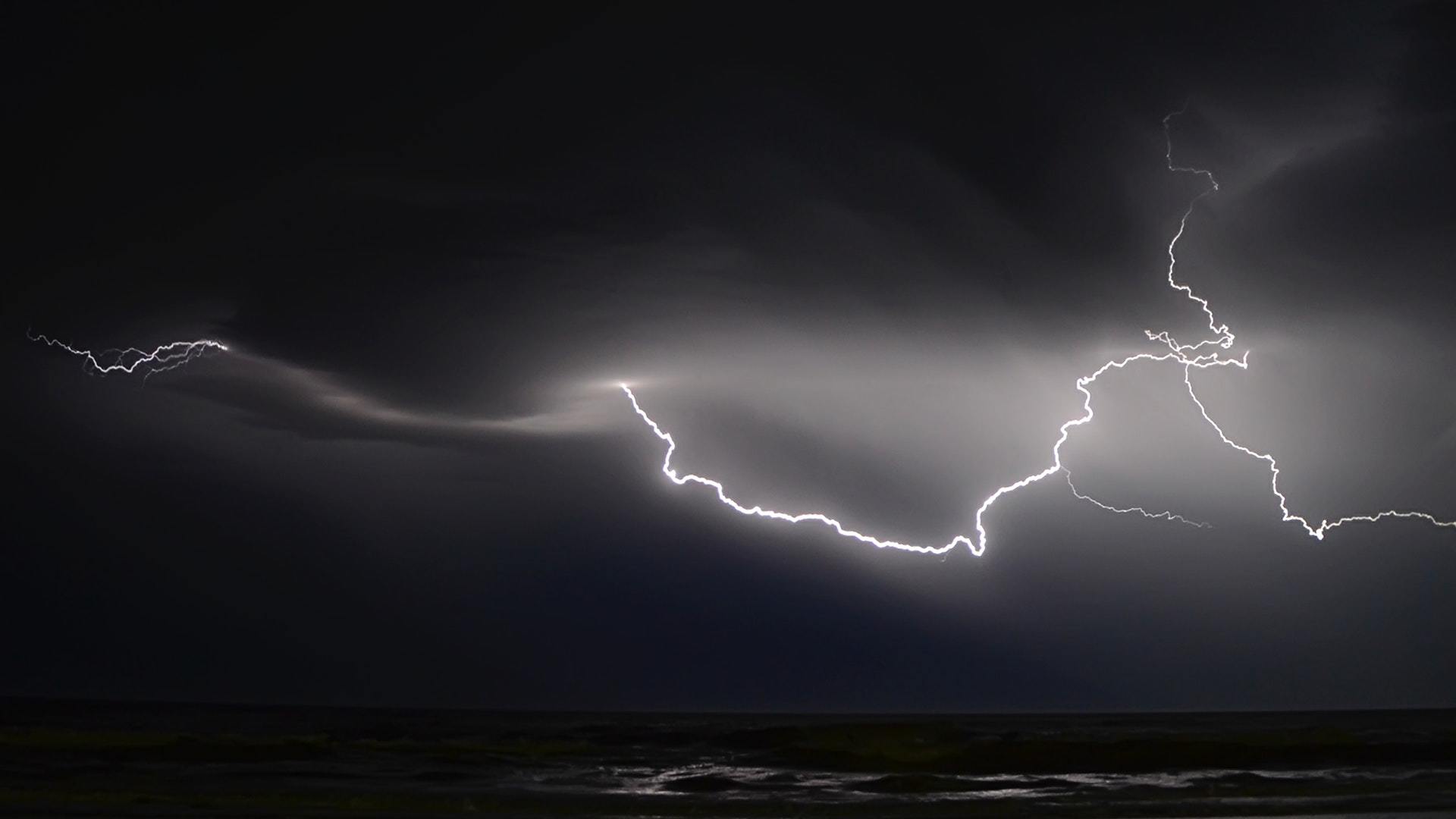 I’m sitting in the library right now and watching a thunderstorm. It’s a pretty typical thunderstorm here in Fairhope, maybe a bit noisier than most, but common on the Northern Gulf of Mexico in July. Storms come in many shapes and sizes here; from the rain showers that appear in full daylight to the ever present late afternoon thunderstorms in August. Then there are the tough ones, hurricanes and tornadoes that rearrange things and leave a mess behind. I’ve weathered my share of those, but the worst storms have nothing to do with wind and rain. You don’t have to live on the Gulf Coast to experience these. David, slayer of Goliath and the apple of God’s eye understood such storms. In Psalms 42 he wrote: “My tears have been my food day and night, while people say to me all day long, “Where is your God?” Good question that, “Where is your God?” Sort of gets to the heart of man’s struggle with life’s meaning and his relationship to the universe.

My storm hit me in an operating room in Birmingham, AL. Severe neck pain caused by two ruptured discs in my cervical spine had brought me here. It was supposed to be routine. The surgeon told my then wife (we are now divorced) that I could ride the Scream Machine in nearby Six Flags over Georgia in a few days. Instead I awoke in the recovery room unable to move from the neck down.

In one of the random shifts that frequently happen in such storms, my legs (and everything beneath my armpits) were restored fully. My arms not so much. My left arm is somewhere around 80% paralyzed. It is my good side. The right (and formerly dominant) arm is near 100% paralyzed. So now you know how I came up with the catchy name for my blog, “The Sound of One Hand Clapping.”. It’s a koan, or question designed to measure a student’s progress in their study of Zen. It’s supposed to be an unanswerable question, just as the Gordian knot was supposed to be impossible to untie until Alexander the Great came along and impatiently cut it with a sword. I have no sword, and couldn’t wield one if I did, but I do have 16 years of struggling with this unanswerable question and realized that within the eyewall of this storm, I have learned some things about life, and yes, I believe I know what one hand clapping sounds like.

So how does a man who grew up on a farm in South Alabama know about Zen koans? Short answer, I was a weird child. By the time I was in high school, I had read “The Book of Five Rings” which is a book written in the 17th century on sword fighting techniques by a samurai named Miyamoto Musashi. He was a Zen Buddhist and, legend has it, he was undefeated in 61 sword duels – in one of which he was so contemptuous of the opponent’s technique that he used a boat paddle! While the book is about sword fighting on the surface, millions of people since then have embraced it as a work of philosophy, especially Zen philosophy.

By the time I was in college, I was taking martial arts classes and learning a little bit more about Zen and began to meditate regularly. Then life hit, marriage, a career, kids, mortgage, etc. I forgot to, as Mushasi puts it, “develop the twofold gaze, perception and sight.” In other words, see what is going on around you (sight), but also look for the things that can’t be seen, the things that are beneath physical sight (perception). Then came February 1st, 2002, and the deeper things that aren’t visible to our eyes or audible to our ears became much more important. It’s difficult to think about your career or how much is in your 401-K when you suddenly are unable to do previously simple things such as tying your shoes. Or clapping with both hands.

Here’s a fact of life: you can’t fully appreciate something until it is taken away from you. This has been written in countless songs, poems and lamentations throughout human history. To clap your hands is to signify appreciation of another’s actions. After my disability, it became awkward to attend an event where applause was warranted or expected. If I’m sitting, I can turn my right hand over and go through the motions of a clap, but it makes very little sound at all, similar to a muted clap at golf tournaments. If I am standing, I can slap the open palm of my left hand against my thigh or the seat in front of me, which makes a little more noise than the seated “golf clap”. Is this what is meant by the koan? I don’t think so.

If not, then what is the answer to this koan? I believe it’s different for everyone and, to me, the search for an answer lead me to examine my deepest self, the old, fully able bodied me, as well as the new upper extremity challenged me. I can’t explain it to anyone else, except to say that I know it when I experience it. Notice I didn’t say ‘when I hear it’. Explanations take words and for deep things, words are often useless. But don’t listen to me, take it from Emily Dickinson, arguably America’s best poet. “Hope is the thing with feathers, that perches in the soul, and sings the tune without the words, and never stops at all...” Listen for the song from that bird perched in your soul and you will understand many things without resorting to mere words.

There is another koan that I referred to in the first paragraph. It’s not in any Zen Buddhist manuscripts, but right there in the book of Psalms. David was asked, “Where is your God?” You cannot prove God’s existence any more than you can mimic the sound of one hand clapping. Yet, when I look deeper at the things I can’t see, He suddenly appears in all his glory. Like when a stranger helps me in the grocery store to pick up something heavy, or when I realize I have many people who love me as I am today, not as the old me. There are still many times when I want to cry out at the storms that I have to endure and the unfairness of life. But I was taught that bitterness is no way to live. There are many people much worse off than me. I look at the life I live now, a good life, and I smile and banish the storms into the graveyard of my past where they belong. In those times I sense Him, the creator of the universe, very near me. I can hear a small sound, barely perceptible at first, then louder and louder until it shakes my very soul. He sees me, not as I see myself - a weak, broken man - but as one who has made a small decision to turn away from the bitterness for another day. He appreciates this decision and He is clapping, and using only one hand.