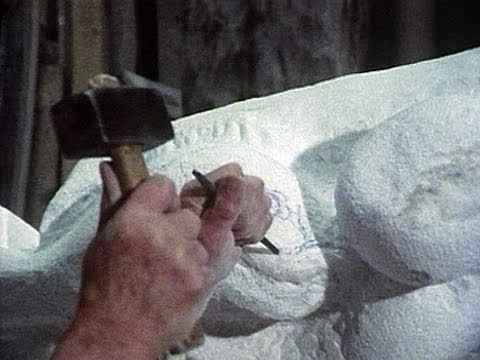 “We might be able to restore some function to your left arm.” It was 2015 and I was at Shepherd Center in Atlanta, Georgia talking to a neurosurgeon who specialized in a procedure known as nerve transfer, where a nerve is taken from one muscle and transplanted into a target muscle, which, in my case, was not getting messages due to damage to a portion of my spinal cord. “Really?” was all I could say. He went on to caution me that the success rate was not great for people in which a long period of time has elapsed since their injury, but I had dreamed and prayed for 13 years for this possibility and I didn’t hear much of anything after “...restore some function to your left arm.”

After about 2 months, I returned for more tests before they could schedule the surgery. In my mind, this was a mere formality, a box that had to be checked. After the tests, I had an hour to kill, so I walked around the halls of this sacred place in which miracles and heartbreaks happen every day. I came across a display of ceramic tiles that had been painted by patients and staff. I remembered seeing this display when I was here as a patient, but there was one tile that I must have missed. It was dated 1996 and featured a quote from Martin Luther King, Jr, “We must accept finite disappointment, but never lose infinite hope.” I went to my appointment and waited impatiently for the surgeon in the same room where he had explained the nerve transfer surgery for the first time. I thought about all the things I could do with a functioning bicep, even a weak one. Then he came in the room and I could tell by his face that it wasn’t good news. As he explained to me, the lab tests showed the muscle tissue in my left bicep had atrophied far more than he had expected, which meant that I wasn’t a candidate for nerve transfer.

Finite disappointment can be tough to accept. We reach out in the darkness and grab for that small light that seems to burn so brightly and the feeling of loss when it goes out can ruin the rest of your life if you let it. I remember thinking it would have been better if he had never gotten my hopes up at all. I had two months to imagine what life could be with one functioning arm, however weak. Being able to wear clothes with buttons and zippers again. The possibility of driving the normal way instead of using foot steering. The thought of one day rocking my future grandchildren, cradled in my left arm. All gone. It’s like you are searching for something you have lost and are desperate to find again, when someone tells you to follow this fork in the road and it will be just over the hill. You hurry in the new direction, climb the hill, and the next step leads you off a cliff.

Writing is a challenging hobby. There is a country song from David Alan Coe, called “The Ride”. This song is about a young musician who is hitchhiking from Montgomery to Nashville and he is picked up by the ghost of Hank Williams. The ghost is warning him how tough it is to get into the music business and he asks him, “Boy, can you make folks feel what you feel inside?” This is what writing is to me, making folks feel what I feel inside, but I struggled putting down in words what I felt inside after this disappointment. I finally realized that, since the day I was told I wasn’t a candidate for the surgery, I have hidden away my feelings because they were too painful. I believe there are two things that we all must overcome. One is the person we were years ago. The other, and the hardest to deal with, is the person we could have been.

As has happened to me so many times, I was struggling with these feelings, when a totally random story jumped out at me. It seems there was a slab of marble in Italy that was to be used for a statue. The first sculptor gave up because the interior was full of imperfections and was, in his opinion, worthless. Another sculptor then tried to use the marble, but he too thought it unusable. It was removed to a courtyard full of bits and pieces of broken stone where it lay for decades. That was when it was found by a 26 year old sculptor named Michelangelo. He was commissioned by the city of Florence to build a typical statue of a triumphant David, with a sword in one hand and the head of a slain Goliath in the other. Because of the imperfections, the marble was not strong enough to show the desired pose, so Michelangelo instead decided to portray David before the battle. It showed a pensive young man, who stood armed only with a sling, patiently enduring the jeers from his enemy and looking perhaps a little scared about fighting the giant of a man before him. It was a David that everyone could relate to. It is widely considered the greatest statue ever made.

I am certainly no David, but I can relate to the slab that became the David sculpture. I believe all of us can. We set out, imagining a future where there is nothing we can’t conquer. Then life happens. Our imperfections become painfully obvious. Life is the sculptor, that shapes us, shaving off pieces that we would keep if it was up to us. We are left with something different than what we thought we wanted and in a place we never imagined we would be. If we can just overcome the longing of what was and what could have been, we can see the rightness, the sheer beauty of where we are and face the Goliaths in our future . And those imperfections? They just may become the most beautiful thing about us.